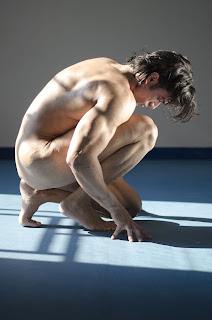 He'd forgotten how long ago that had been, but he'd remembered telling his wife he wanted to live in a purple house and the hours she spent searching for the perfect shade of violet that would complement the garden she'd allowed to encroach upon the sides of the home he no longer could fit inside.

It didn't happen all at once. The height that is. It accumulated on him slow like a pearl forming around a piece of sand. Sometimes he wondered if that's what he was; a piece of grit something of great value had been spit out on and hardened over.

At first the new height had been exciting. Those were the early days when he'd first crossed six feet. The papers had heard about him then, but most of them figured it was a hoax so they mostly left him alone.

He knew his wife liked what he was becoming. All of him was growing proportional to the piece of sand that used to be her husband.

She used to tell him he was above average down there, but maybe she was lying to spare his feelings. Men can be funny about things like that and she loved him and didn't want him to have any more complexes than he'd already had coming into the marriage.

She liked having to crane her neck to look up at him. She liked feeling small and protected in his gradually enlarging arms. She made sounds and reactions when he rammed that new height deep inside her she'd never made for her sand husband.

She didn't ask him to play rough with her until the first time she saw him bend down to walk through the back door of the purple house. She could feel the strength radiating off him just as strongly as she could feel her own damp hot reaction to that power.

Her games were simple, direct, and always left both of them coated in a sheen of satisfied sweat.

He'd insisted on a safe word the first time she passed out from their rough play. At first he'd refused to play those games any more, but she wouldn't listen. The safe word was a compromise he was surprised he had to suggest.

The word she chose was “Snape.”

He'd started having trouble staying in the purple house before the doctors told him he'd hit 8 feet. He couldn't stand up straight anywhere inside, just walk with his back bent, his eyes pointed to his huge feet.

He had to sit on the sofa; there wasn't a chair in the purple house that would fit him anymore. His wife liked to lay in his lap reveling in his size. All of his size. Her knees propped over one powerful thigh while her back rested on the other; her arm making him want to do things to her he might later regret, but she could only dream about.

If there was a reason for any of this the doctor's never found it.

He stopped living in the house when he could look through their bedroom window from the outside without stretching.

The bedroom was on the second floor.

They knew this day was coming and had planned the plans they could afford. He didn't want to leave the purple house or the woman he loved even if he could no longer fit through the doors.

She'd spent weeks replanting her garden to make room for the tent. It wasn't much, but it would give him some privacy from the rain and preserve his dry modesty. It was in the backyard and it faced their window.

She sang to him those first few nights in the tent. He wondered if it was still a serenade if a pretty woman sang down to him instead of the other way around. He wanted to look it up, but his fingers were far too big to operate his phone anymore.

He liked to lay there in his tent and look up at her in her, previously their, window. She wore thin nightgowns and stood with the light behind her and knew what she wanted as she sang to him each night.

He'd stopped the rough games when he moved to the tent. He knew he would hurt her if they tried.
He stopped touching her, like that, in every way a husband and wife could touch. He stopped touching, but he was the same sand man underneath; he didn't have the strength to stop up his ears at her song or turn his head from her display.

He felt like a flame that had fallen in love with a moth. He tried to pull away, but the moth was luring him in to her death.

The bedroom light went out the ninth night he'd spent in the tent. It was already feeling crowded to him, but he knew he had to stay there at least another month before he finally had to move away from the purple house. He wondered if it was wise for his moth wife to follow her flame sand husband to wherever it was he was going.

He never knew until he'd left the purple house she could sing so sweetly. He heard her song rise and fall as he imagined her breasts doing the same with each inhalation or exhalation. At that moment he wanted nothing more than to be the bit of sand he started as. To hold her in his arms again and not be afraid he'd burn her. To sleep in her bed comfortably and uncrushed.

He must have drifted off to sleep. The next thing he was aware of was open night above his face and the sound of a moth on the wind.

He thought he dreamed until he looked down and saw that the tent had been pulled from him. She must have taken it off him while he slept, but he didn't think that possible. She was a very small wife; it was a very large tent.

How could she have done all that and kept on singing?

He was naked because they couldn't make him pajamas any more and he refused to sleep in the nightshirts they could.

He started to reach for the tent. He was too tired to put it back up, but it could at least blanket him until light and wakefulness allowed him to replace it.

He couldn't lift his hand.

He tried the other only to fail again. He had the same failure with his feet.

He turned his head and stared at his wrists in the moonlight. He could hear his moth wife singing from the other side of his body as he looked at where she had used the tent ropes to bind his hands. It was still too dark to see the tent pegs, but he could feel them buried deep in the ground.

She was still singing when she started to climb up his ankle. He couldn't shift his head far enough to see even his lap, but he could feel her thin nightgown glide across his shin as she balanced on powerful sinews working her way up to his lap.

He felt her stop just to the left of his flaccid penis. He couldn't see to tell, but he thought she was still bigger than it. He knew that wouldn't be the case for long.

He wondered why she'd stopped singing then he felt her lips press against sensitive skin. Her tongue felt like the tip of the smallest feather as it rimmed its way along the ridge of flesh that formed the border between head and shaft.

He began to grow in a way he didn't want to. His wife ran her hand along the sleek head like a rider calming her mount. Or getting it ready to charge into battle. He felt something sleek and smooth glide lightly over him. It aroused him. Even more so when he realized she'd taken off the nightgown and was standing on him nude in the moonlight.

He thought about all the important reasons he needed to end this. He thought about the hurt he could cause the woman he loved if she followed through on what she was attempting.

He thought about saying “Snape,” but the feeling was too good for him to be reasonable or thoughtful.

When he was as large as he was going to get he felt her straddle him. Her legs weren't wide enough to go fully around his shaft. She twisted the nightgown into a rope and tossed it around to the other side, turning it into a silk bridle that fit perfectly into the groove between head and shaft.

She used it to pull herself forward letting her hot taut thighs ride his veined muscle. He could feel her arousal trickle a path behind her as she let gravity slide her back down his shaft until her naked ass rested in his coarse hair.

Then she did it again.

It had been too long since he'd had this. He hand't even touched himself for fear he'd leave a stain on the tent he'd be too embarrassed to explain to his wife or neighbors.

He knew the word that would stop it. She may have neutralized his advantages of size and strength, but he could still say the safe word. He still had the power to end it before she got too close to his flame and Hindenburged herself out of this world.

He could have stopped it, but he didn't.

She rode him until he exploded. She rode him until his entire body bucked and bronked like she was taming a wild bull during an earthquake. She rode him until they were both finished and when she dismounted his twitching cock she walked naked in the moonlight to where his semen pooled in the cracks of his thighs. She took great handfuls of it and used them to slick back her hair and paint her face and breasts.

He saw none of that.

He didn't see her again until she'd made the long trek up his heaving chest and stood triumphant on his breastbone, her arms akimbo. He could still feel his nightgown bridle hanging limply off his deflating penis.

She held her arms out for balance as she walked down his chest and up his chin. He could taste himself in the kiss she gave him, her face, hair, and breasts pressed against his closed lips.

She left a trail of his seed on his cheek when she slid down and landed softly on the grass below. He could have turned his head to follow her progress, but she started singing again as soon as she found her balance. He couldn't look at her while she sang.

He wasn't there when she woke up the next day. It had taken all his strength more than an hour to pull the deep stakes from the ground. He'd wrapped the tent around him and left in the night.

He never saw the purple house again, the wife inside, or the perfectly planned garden that
had filled the gap the tent had been.

He still loved, missed, and trusted her, but he knew he couldn't come back. Things had worked out this once, but he was getting larger every day; his danger grew more than proportionally.

And he knew he couldn't trust himself to even whisper the word that would save her life. 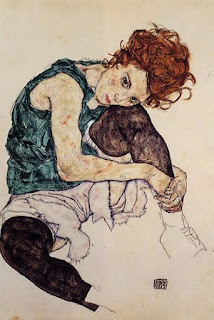